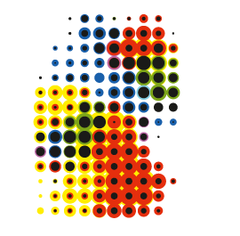 By implementing extreme weather events in economic model’s functions this paper quantifies economic damages. This approach does not focus on single events but estimates impacts of recurring events. To model extreme weather events and their potential impact the authors estimate economic effects with a macro-economic model called PANTA RHEI. By analyzing all useful information from literature according to heatwaves, river floods and their damages a scenario analysis has been undertaken. Furthermore, responses of the economy to such a shock are demonstrated. To estimate the impacts eleven important economic indicators were chosen: Consumption of private households, production, capital stock, investments, exports, imports, available income and employment, price indices of production and private consumption and finally gross domestic product (GDP).

Besides industries also regions in Germany differ in their vulnerability to extreme weather events. Less agricultural production, for example, will have more impact on the economy of Schleswig-Holstein than on North Rhine-Westphalia because agricultural production plays a more important role in Schleswig-Holstein than in North Rhine-Westphalia. Regional approach is needed to gain a more comprehensive insight into the impacts of extreme weather events in Germany. In addition, effects of climate change in other countries have to be taken into account to improve data on damages in Germany. For example, if the cultivation of fruits and vegetables in Southern Europe is no longer possible due to the climate change, this would have impacts on Germany’s international trade flows. Manufacturing industry may suffer from supply shortages and higher prices.